What is a ‘clinical statement’?

In the CIMI forum, a debate is raging about this question. It might partly be my fault for daring to question some things in the reference model, but having done that, various participants are indeed arguing. So that’s a vindication 🙂 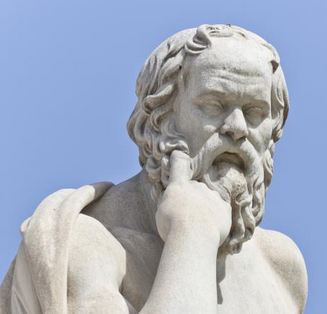 These kinds of terms are bandied about all the time in health, but it appears that few people agree on what they mean. And that means we can’t have meaningful conversations. We need some common definitions in CIMI, because otherwise the names of things in our models don’t have a common meaning. And if we don’t know what anything means, we are probably mad. Well, you probably are. I’m not, obviously.

So what is a ‘clinical statement’?

I’m not going to go into a long theoretical argument, I’m just going to pin up some definitions and wait for the flak… I’ll do it from the point of view of addressing some concrete problems in the CIMI space (but common to any multi-level situation):

So here’s my take:

According to the above:

There are some remaining questions about whether some context items could be different in child items within an ENTRY. For the reader …

I work on semantic architectures for interoperability of information systems. Much of my time is spent studying biomedical knowledge using methods from philosophy, particularly ontology and epistemology.
View all posts by wolandscat →
This entry was posted in Health Informatics and tagged CIMI, DCM, e-health, Health Informatics. Bookmark the permalink.